This search form uses an instant search feature. As you type, search results will appear automatically below the search field. When you've entered you desired search terms use tab to navigate through the available results and hit enter to open the selected page or document.
EDIT MAIN

We are so excited to transport students to school! We’ve spent the summer getting ready.

We’ve cleaned the buses, trained our bus drivers and bus aids, installed new GPS systems on our buses, and developed the bus routes based on student’s addresses submitted with registration combined with an analysis of traffic, construction, and safe walking routes to bus stops and safe places to get on and off the bus.

Below are all of the bus routes for this year. Bus assignments will also be added to PowerSchool.

If you have any questions or need to request a different bus stop, you can use the link on the web page to submit those to the office, or you can contact us in the office at (703) 248-5537.

The transportation department is excited to implement a new GPS system through Synovia that will provide parents access to an app called, ‘Here Comes the Bus’. Installation of the equipment just occurred and we have been training drivers and working to integrate our bus routes into the GPS system. The app for parents, which will allow parents to track bus arrivals, will be available in mid-September after a brief pilot program. The new app is a free option for all students and their families.

Just a reminder that the first week of school can be challenging. We are expecting high ridership numbers at Henderson & Mason and will be monitoring routes daily for overcrowding and working to balance out bus loads. During the first few days of school, we have a back up bus that will be on call. Should your bus fill up, please don’t leave the bus stop. We will send another bus to ensure that your student arrives at school safely. Additionally, there are several construction projects within the City, to include the new Mason HS project. Bus routes are being monitored and may be changed to find alternative paths to avoid some of these more problematic areas and minimize buses arriving late. Please be patient as we work through some of these issues, but also please let us know if you have any questions or concerns.

For Afternoon Bus Routes, only bus stop arrival order, not arrival times are posted due to the many variables that contribute to arrival times. Among them, the order in which buses arrive to load at the school. Because of the number of back-to-back-to-back runs being made each afternoon, coupled with the lack of two-lane bus drives at each school, buses cannot be stacked in any particular order. So the first bus that arrives, gets loaded, and leaves will likely get to its first stop up to 10 minutes earlier than the 9th bus in that afternoon's lineup at that particular school.

If school releases at 3:50 p.m. and a child gets off at the 5th bus stop on an afternoon route, parents should start looking for their child to arrive 10-15 minutes after dismissal. But if the bus is further back in line, or slower to load - buses don't depart until all students are on board - then the bus may arrive within 20-30 minutes from dismissal time.

Mornings Runs are much more predictable as buses queue in their various neighborhoods and begin their routes at the same time.

When the buses arrive at Mason and Henderson, they will be dropping students off in the area marked as buses only between Mason and Henderson. Students will then walk along the sidewalk to Mason or Henderson, and staff will be there to monitor students as they walk into the building. No cars will be allowed in this area. The map below shows the student drop off location and the traffic flow for Henderson followed by Mason. 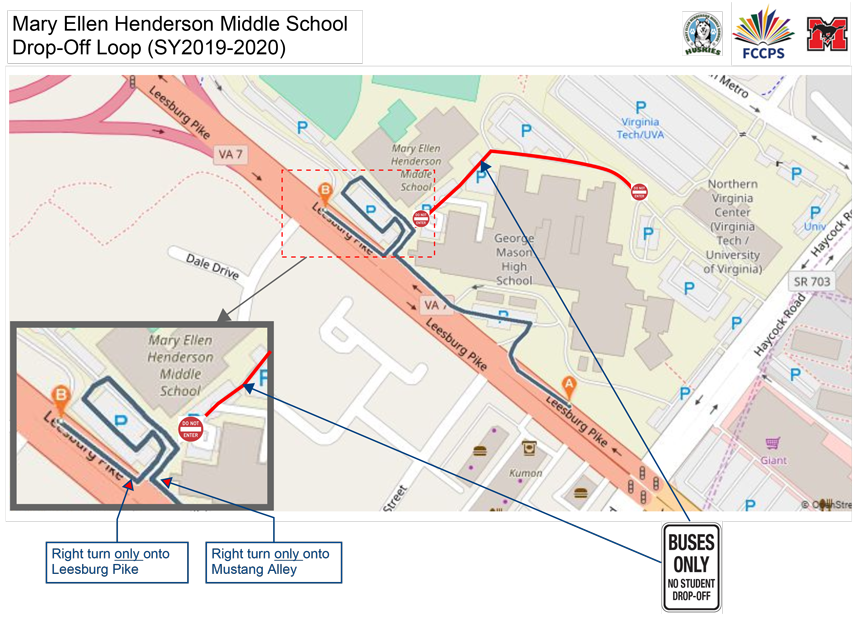 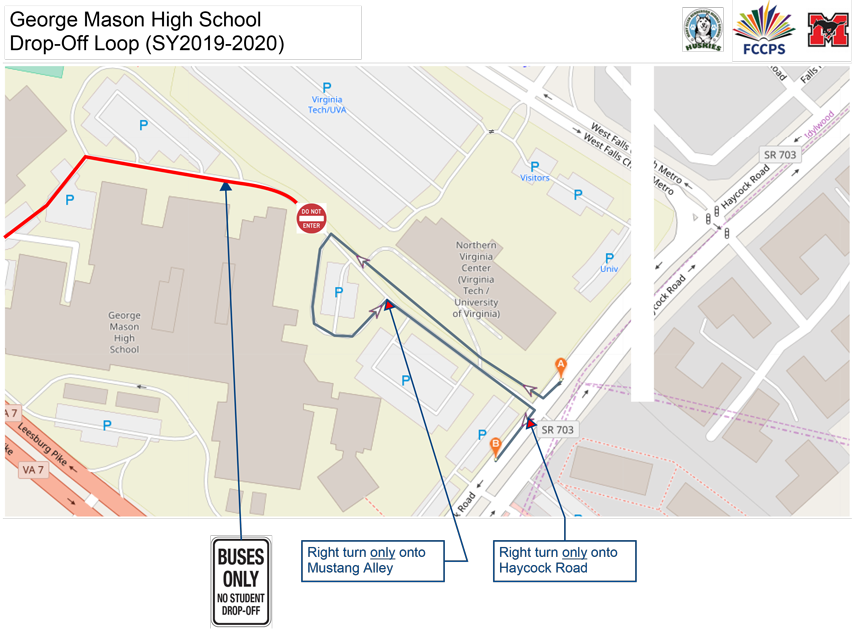